How Safe Are Birth Control Pills?

Unfortunately, conventional medicine does not seek the causation of disorders such as polycystic ovarian syndrome, PMS, menopause, or acne. Rather, physicians prescribe birth control pills to address symptoms. But, at what cost?

Long-term use of birth control pills has been controversial. Research has shown risks for strokes, heart disease, thromboembolism, and gallstones. In my practice, I see birth control pills and rampant estrogen dominance leading to cholecystectomies, which is the removal of one’s gallbladder.

It has even happened to me!

Stressed out and close to adrenal fatigue while in residency, I suffered debilitating gallbladder attacks. I had been taking birth control pills for years. Fortunately, diet changes, stress management, and going off the pill allowed me to save my gallbladder.

In addition, I often see patients with an adverse triad of low thyroid, estrogen dominance, and adrenal fatigue. The vast majority of these women have had hormonal issues that their physician addressed by prescribing birth control pills. Birth control pills increase thyroid and sex hormone-binding globulin, which lowers the amount of bioavailable circulating thyroid and sex hormones. This leaves you feeling fatigued, drained, with zero sex drive, aging skin, and thinning hair.

I want to stress this point – the birth control pill does not fix hormonal issues. The pill masks them. I and many other practitioners hoped that low dose birth control pills and IUDs would be the safer option. However, a new study confirms the risk of any sort of synthetic supplementation that interferes with your natural hormonal balance.

Is there an increase in cancer risk if I take the birth control pill?

In December 2017, the New England Journal of Medicine published a study showing a 20% increase in breast cancer for women who take low dose pills. The study used all of Denmark as its sample. Researchers followed close to 1.8 million women during their childbearing years and drew data from national cancer and prescription registries. During that time period, researchers identified 11, 517 cases of breast cancer. The study concluded that hormone users experienced a 20% increase in the relative risk of breast cancer versus nonusers. Risk increased with age and varied by formulation.

The study, which was the largest of its kind, upends widely held assumptions about modern contraceptives for younger generations of women. Many of us have felt low libidos, less excitement about life, and more irritable on synthetic hormones. It is now time to listen to our bodies.

Scientists and doctors have associated the pill with an increase in breast cancer prior to this. However, the study is the first and largest to take into account the risks associated with different formulations and methods of delivery. For instance, the Mirena IUD, as well as some implants, use low dose progestin, which is a synthetic progesterone release slowly into the uterus. This may hamper the body’s ability to produce its own natural progesterone, which can lead to a relative estrogen dominance after removing the device. Nos, the study links progestin to an increase in breast cancer.

“This is an important study because we had no idea how the modern-day pills compared to the old-fashioned pills in terms of breast cancer risk, and we didn’t know anything about I.U.D.’s,” said Dr. Marisa Weiss, an oncologist who founded the website breastcancer.org. “Gynecologists just assumed that a lower dose of hormone meant a lower risk of cancer. But the same elevated risk is there.”

The risk increases the longer you use birth control pills or have an IUD in place. The relationship is very causal.

This news makes me very happy that I removed my Mirena IUD after only one year. I never felt like getting dressed up to go out, was effectively a hermit, and all the while I watched my skin age in front of my eyes. (I have a YouTube video all about why you should not get the Mirena IUD on Doctor Jess MD)

What does this information mean for you?

Women who stayed on hormones for 10 or more years (sadly this is many women, including myself) experienced a 38% increase in their relative risk of developing breast cancer, compared with nonusers.

Basically the risk increases with longer usage and with increasing age.

The studies point to other risks as well:

Are there safer alternatives? 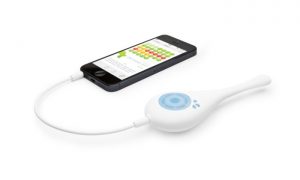 The copper IUD and condoms are also safer alternatives.

No matter what you decide is right for you, please do your own research. We live in times where corporations and mainstream media often cannot be trusted. You are your own best health advocate. Knowledge is power.