Categories: Detox, Lifestyle, Vaccines
Tags: coronavirus, covid-19, infertility, pfizer vaccine, SARS-Cov2, vaccinations, vaccine side effects, vaccines
True Informed consent and unbiased journalism on vaccines must occur before we have full scientific transparency. They may not have said its female sterilization, but we should all still do our due diligiance.

On Dec 1, 2020, the news and social media were abuzz with rumors of the new Pfizer Covid-19 vaccination causing infertility. Rumors continued to build and it seems no one is really sure what is actually true here. So let’s break down the facts.

Who are the Doctors who Published the Petition?

This all started with two doctors. Dr. Yeadon and Dr. Wodarg.

Dr. Michael Yeadon WAS the Vice President and Chief Scientific Officer of the Allergy and Respiratory Research Unit of Pfizer. He is a Ph.D. and has not worked there since 2011.

Dr. Wolfganag Wodarg is a German physician, epidemiologist, and politician. He is best known for his work on respiratory disorders and is the former head of a German public health department. As chair of the Parliamentary Assembly of the Council of Europe Health Committee, Wodarg called for an inquiry into alleged undue influence exerted by pharmaceutical companies on the World Health Organization’s global H1N1 flu campaign. He has garnished some bad press for condemning some of the pandemic tactics throughout 2020.

Both of these doctors filed an application with the European Medicine Agency responsible for EU-wide drug approval, for the immediate suspension of all SARS CoV 2 vaccine studies, in particular the BioNtech/Pfizer study on BNT162b (EudraCT number 2020-002641-42). This was a 43-page petition filed by both doctors. Here is an excerpt:

XI. “Several vaccine candidates are expected to induce the formation of humoral antibodies against spike proteins of SARS-CoV-2. Syncytin-1 (see Gallaher, B., “Response to nCoV2019 Against Backdrop of Endogenous Retroviruses” – http://virological.org/t/response-to-ncov2019- against-backdrop-of-endogenous-retroviruses/396), which is derived from human endogenous retroviruses (HERV) and is responsible for the development of a placenta in mammals and humans and is, therefore, an essential prerequisite for a successful pregnancy, is also found in homologous form in the spike proteins of SARS viruses. There is no indication whether antibodies against spike proteins of SARS viruses would also act like anti-Syncytin-1 antibodies. However, if this were to be the case this would then also prevent the formation of a placenta which would result in vaccinated women essentially becoming infertile. To my knowledge, Pfizer/BioNTech has yet to release any samples of written materials provided to patients, so it is unclear what, if any, information regarding (potential) fertility-specific risks caused by antibodies is included. According to section 10.4.2 of the Pfizer/BioNTech trial protocol, a woman of childbearing potential (WOCBP) is eligible to participate if she is not pregnant or breastfeeding, and is using an acceptable contraceptive method as described in the trial protocol during the intervention period (for a minimum of 28 days after the last dose of study intervention). This means that it could take a relatively long time before a noticeable number of cases of postvaccination infertility could be observed.”

43 pages is a whole lot to review, so here’s a summary so you understand what the doctors are concerned about.

These doctors have five main concerns besides the inaccuracies in the PCR testing for clinical trials:

I cannot stress #5 enough. It normally takes vaccine manufacturers 18-20 years to bring a vaccine to market so with this one being so hurried, I would definitely urge CAUTION at rushing to get a new manmade experimental product.

What are Other Scientists Saying?

Ok I’ll admit, maybe asking for the suspension of a study was a bit over the top, but I do see where caution is urged here. We are being given one side of the story-the PRO pharmaceutical side only. But these manmade things DO and have come with risks and side effects. This is not a vaccine I would rush out to get considering they did not test it on immunocompromised, pregnant, or breastfeeding. Read more here.

Professor Faller, whose lab is working on a Covid-19 vaccine commented back, stating,

“If you do a BLAST comparison (https://blast.ncbi.nlm.nih.gov/Blast.cgi) comparing the sequence of SARS-CoV-2 Spike to human syncytin-1, it looks like there is only about a 3-5 amino acid (gene match). That’s not a big enough sequence to induce an immune response so the idea that the vaccine could induce cross-reactive immune responses based against this protein is not supported by the sequence…Finally, if this were the case, then …this issue would pop with natural infection since infection with the virus induces immune responses to the spike protein. There are plenty of cases of COVID-19 infection in women (and of the first SARS-CoV infection in 2003) and to my knowledge, no evidence it’s causing infertility.”

It may be true that the amino acid sequence is too small to trigger any cross-reactivity, but we do not know for sure without studying it further and long-term. The issue I take here is that NONE of the vaccination trials are including pregnant, breastfeeding, or immunocompromised people. Therefore it may take years to connect issues of infertility to this vaccine. Experts and virologists say that pregnant women who contract corona should also have trouble carrying the child if there were antibodies made to syncytin-1; they argue if it would happen with the vaccine, then we should have seen this phenomenon with pregnant women who have Covid as well. But again all of this is speculation until the vaccine has been out for years. It may be rare, but we still need to KNOW about these risks!

When we looked at the research, we saw that there is research to validate the concerns mentioned by the doctors.

This does not mean that the new therapy is dangerous or causes infertility.

It means that there are valid concerns about this process.

Censorship has no place in science.

We need all the voices, we need to examine all the evidence.

In an industry that is free from liability and stands to profit immensely, we expect and deserve transparency. Where there is risk, there must be choice.

This Blog is a joint effort by Dr. Jess and Dr. Catherine Clinton, ND. 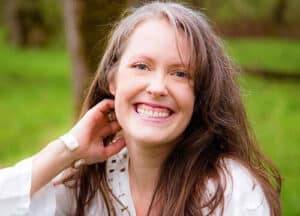 Who Is Dr. Catherine Clinton?

Dr. Catherine Clinton ND is a licensed naturopathic physician with a focus on gut health, autoimmunity and psychoneuroimmunology.

When in medical school Dr. Catherine was diagnosed with and healed from an autoimmune disease that affects the gastrointestinal tract, leaving her with a passion to prevent autoimmunity in children everywhere. Dr. Catherine addresses the psychoneuroimmune system and gut health of children and families through a deeper connection with the world around us. Dr. Catherine is passionate about the connections we have with the world around us and how these connections can regenerate our health and the health of the planet. She sees an urgent need for healing our internal terrain as well as healing the terrain of the world we live in. Dr. Catherine has multiple peer-reviewed medical journal publications as well as guest writing for several publications.