What’s Up Doc? A year in review

Since Covid hit, I feel we have all been in an odd place, myself included.

Without trying to sound insensitive, the “pandemic” times have not necessarily been bad to me. I launched Wellness plus, my online subscription app in December 2020 and not only has it provided me freedom, but it also is doing good by empowering others. That’s one of the company’s codes of ethics…. To be abundant by helping others and being in service….and I feel that despite the weird times we are living in, we have been successful with that goal. If you haven’t heard of WellnessPlus, click here and check out my brainchild baby!

What other positive events have occurred? Speaking engagements and meetings of the minds GALORE! Nothing sets me on fire more than people who see through the veil and have dug into their trauma and shadow work to come out a higher version of themselves. Those people are pretty darn magical. Many of these people are warriors in the health freedom movement. After being nominated for Health Freedom for Humanity’s chairwoman of the board position, I have gone into FULL HEALTH FREEDOM ACTIVISM and not looked back. In fact, speaking at the annual HFFH Symposium was a lifetime highlight for me.

In a world of duality, we can’t all have ups without downs. In fact, would you really enjoy the sunshine without the rain? {insert cliché emoji.} And in summer 2021, I received word that the medical board had two open investigations on me for writing vaccine exemptions for fragile children in 2017 and 2018. The board sees it fit to subpoena patients’ medical records without their permission and open them under the guise of safety. Rather than following the law under SB277 which allowed exemptions for families with certain health criteria met, the board is now retroactively finding minutia to punish 20-30 doctors who were following that said law. One in six doctors is disciplined in California.

In fact, my friend Dr. Ken Stoller uses genetic testing to see which children could handle which vaccine and was still stripped of his license. These doctors, I included, are doing the public a SERVICE by using our medical knowledge and discretion to help sensitive children. No medicine is good blanket medicine as we are all bio-individual and unique. I know these doctors personally now, and every one of them is kind, compassionate, daring and in my eyes, a hero. California has moved into a grave area of concern, in which the legal sector is now running the board. The purpose in stripping us of our licenses, or putting us on probation, is that when a doctor is put under any disciplinary action, it nulls all other exemptions done for fragile children. In California, SB276 now exists, which forces all school-age children to adhere to the CDC’s recommended schedule of 72 doses of vaccines before the age of 18. NO doctor will write an exemption there now for fear of discipline. What does this have to do with medicine? How do THINKING doctors survive in California? This whole situation has been the thorn in my side of 2021. We cannot agree to mass psychosis group think and outcast anyone who questions the narrative. Science is a PROCESS and we are constantly learning.

It was like a gut punch to see all your hard work be taken away at the drop of a hat, through legal proceedings that should have never been made legal by the medical board. But eventually, the sting fades, and one arises like a phoenix out of the ashes. How could I alchemize the heartache of potentially losing my license? After a few nights crying and screaming, I concluded that shedding light on what the board Is doing in secrecy was the only recourse. The public deserves to know what they are doing. Legality does not equal morality. 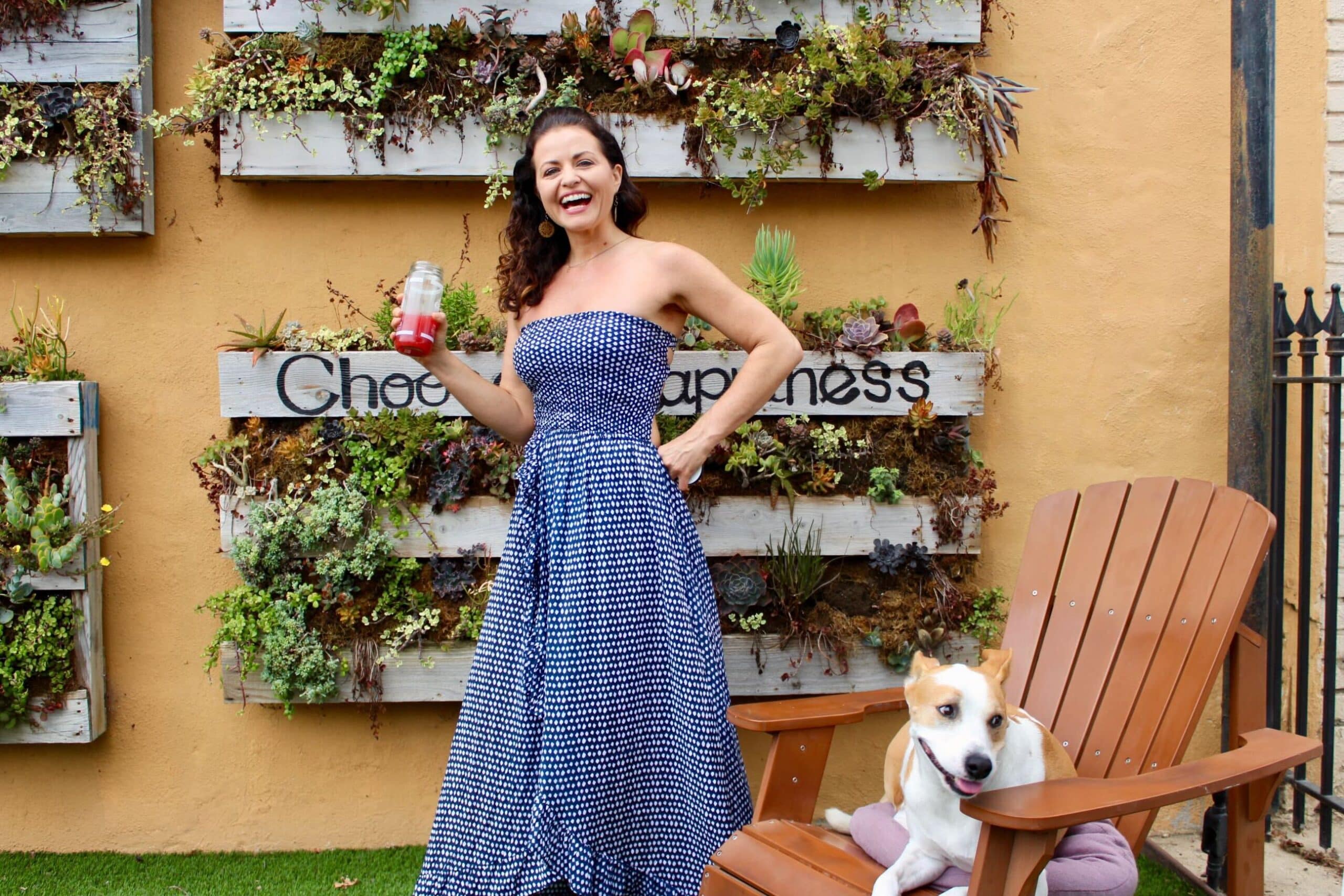 More surprising and unexpectedly good things came from the pain…

Chasing vindication, I finally started my book. I booked podcasts where the hosts were open to discussing controversial topics like the board. My fervor for the truth grew. It seems that having my reputation ruined had, set me free. Without power over me, I was free to say the truth without repercussion.

Then In September, I watched my mom’s brain deteriorate overnight. A stroke workup was negative, and I could not figure it out. Was It rapidly progressive dementia that had enveloped both of her parents? I refused to accept what might be staring me in the face.

DOES LIFE EVER LET UP?! I wanted to scream at God.

But instead, I took a few deep breaths and an Epsom salt bath and pressed on. What does not kill you, makes you stronger. I often said this through gritted teeth.

How do we know our souls don’t sign up for this journey and then we all just forget? It seems my mom did just that thing. By the time I had booked her an appointment at the world-renowned Amen clinic in Atlanta, she was nearly back to baseline mentally. For three weeks, I had watched my vibrant mother not be able to read, talk or comprehend. She was an emotional mess who was afraid for her life. Then just like that, she began to improve. By the time they had her on the table for an MRI SPECT scan, I knew we’d seen the worst of it.

My Dad finally admitted he got vaccinated at the end of August. Now I suspected what had happened. He had transmitted “something” to her. This vaccine is not truly a vaccine, but infection or biologic if you will; to be considered a vaccine, the product must contain an attenuated virus and it does not. What could be happening then? The science rests in LEAKY VACCINES, which are well documented in the scientific literature. Moreover, it is impossible to be fully known as the manufacturers have not released the full ingredient list, and partly remains a “proprietary blend.” However, the thought of nanoparticles delivering mRNA to my already beautifully orchestrated body is a RED FLAG to this doctor.

Multiple energy workers and intuitive confirmed vaccine transmission for me concerning my mother, but it really hit home when I heard her doctor say, “this is a beautiful SPECT scan and you have a normal brain!” We all cheered, but I couldn’t help but feel guilty for the way I had brushed off multiple comments and concerns about shedding and transmission, as well as many complaints about cycle irregularities. How could my mother not speak or read for weeks, and now had a normal brain according to the highest level brain scan? Something was happening and hundreds of people who felt dizziness, bleeding, brain fog, headaches, and fatigue after being around their vaccinated loved ones, could not be wrong.

I was not out of the woods yet, as shortly after my dad received this injection and had to worry that he was losing his wife, my dad began to not sleep AT ALL and have severe, unrelenting anxiety. It made sense, given he’d had potential “gene therapy” and an emotional shock. What continuous program had this left running through his nervous system?

A combination of energy medicine with the Ampcoil (bioresonance, Tesla coil, sound technology, and PEMF), pine needle tincture, binders, sweating, CBD/CBG, and melatonin reset helped my dad the most. We are just now getting him back to a normal sleeping schedule. 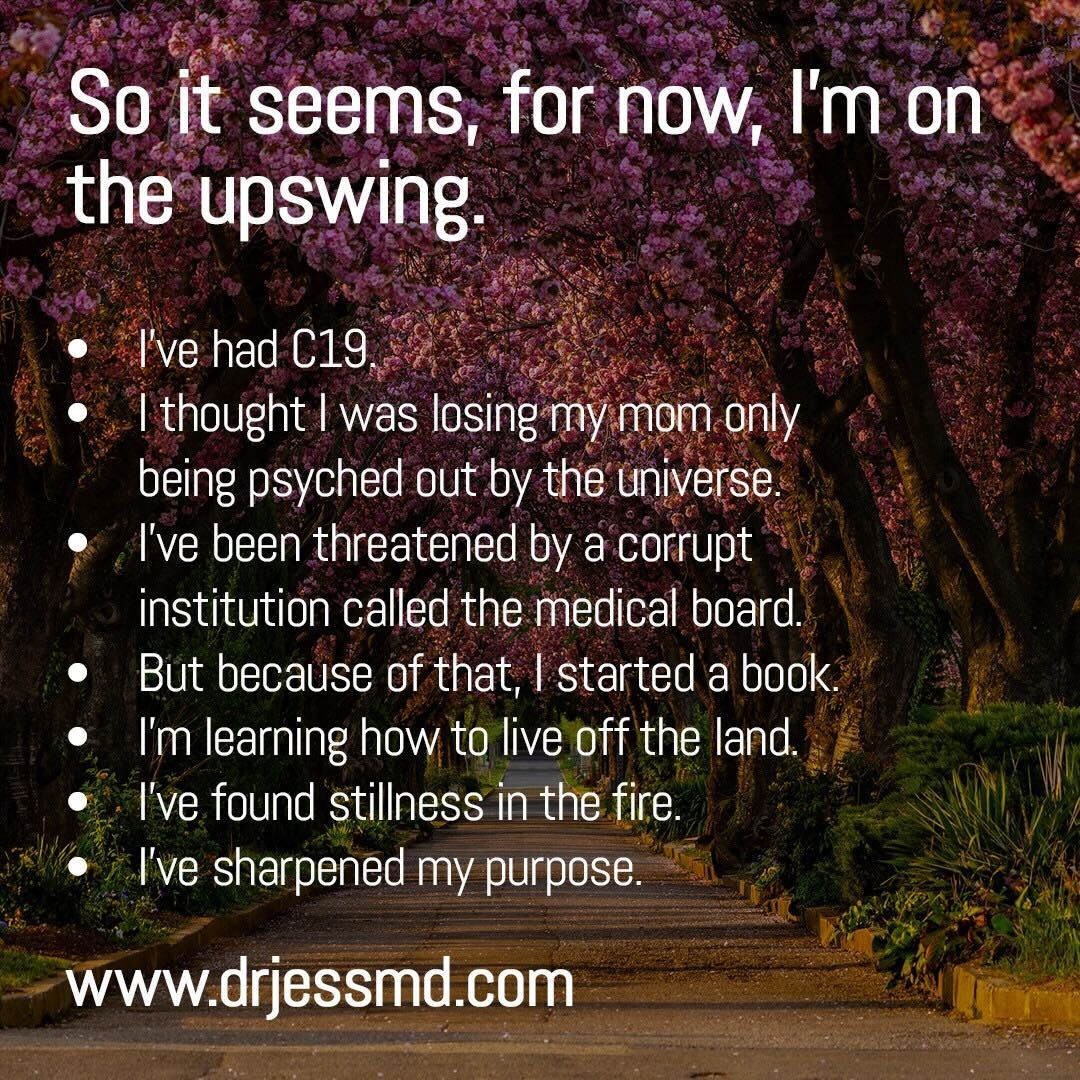 Courage does not mean you are not afraid. It means you act in integrity in the face of that fear. I’ve discovered I am the problem and I am my own solution. Your success is in direct proportion to the criticism you can handle. I guess I needed an upgrade because I know the media slander is coming. The old me would’ve had continuous panic attacks, but not the new me.

Such is the ebb and flow, the ups and downs, the good and bad of life. But if it makes you grow, is any of it bad?

That’s the update for now. I promise to keep all of you in the loop in the future!

Celery Juice: Fact or fiction?
How To Stop Herxheimer, or Healing Detox Reactions
Potential Concern for Anaphylaxis and Cross-reactivity from Pfizer’s SARS-CoV-2 Vaccine