Categories: Anxiety & Stress, Cannabis, Detox, Emotional Health, Herbs, Hormones, Lifestyle, Mental Health, Uncategorized
Tags: anxiety, cannabis, cbd, marijuana, THC
With all the hype about cannabis these days, SO many patients are asking the question, "Is medical marijuana right for me?" This is a great question. Aside from a few online articles and the local dispensary, there isn't much of a framework for people to educate themselves and to get the trusted answers they need.

My goal for this blog is to provide answers to the most frequently asked questions about cannabis, including what are THC, CBD, hemp, and other cannabinoids, safety measures, legalities, pros and cons, and what science says.

What is cannabis? Why is it illegal?

Cannabis, better known as marijuana, is a plant that can be used for any of its many versatile properties, including medicinal and recreational use. The psychoactive part of the plant, known as THC, or tetrahydrocannabinol, has been criminalized in the war against drugs and is responsible for the “high” feeling that one gets after indulging in marijuana. It is one of nearly 500 compounds and at least 70 known cannabinoids in the plant. However, rigorous scientific testing has been prohibited until recently by federal regulations and production laws.

Scientific studies are now showing cannabis can have positive results for improving appetite in patients receiving chemotherapy, those with HIV/AIDS, treating chronic pain without the negative side effects, for PTSD, depression, anxiety, and seizures.

The earliest recorded use dates to the 3rd century BC. Even up until the 1930s, pharmacies in the United States were using cannabis in most medicines. So how did the plant come to be made illegal? The seed was criminalized and made illegal by the federal government in 1937. There were multiple reasons for this, but the two biggest were that hemp would give the up and coming plastics, concrete, pharmaceutical, and paper companies a run for their money and the second being that during that time, the Mexican revolution had caused an influx of immigrants into the southern US. They brought with them their native language, culture, and customs. One of these traditions was the use of cannabis as medicine. Unfortunately, the word “marijuana” became associated with immigrants so this made it quite easy for the media to play on the fears that the public had about these new citizens. Claims were spread about “reefer madness” or “violent immigrants” and this ushered in the ease of making a law to outlaw the plant. It worked because many Americans did not understand that this “marijuana” was the same plant they already were using in their medicine cabinets in a different form.

The demonization of the cannabis plant was an extension of the demonization of Mexicans and for the profit of the blossoming corporations. This song and dance had already been accomplished once, in the form of outlawing opium to control Chinese immigration. This was an excuse to in-prison people of color, and later gave rise to the Marijuana Tax Act of 1937 and then even later, the Controlled Substances Act in the 1970s, which placed marijuana in a Schedule 1 category. This means it has no medicinal benefit, which simply is not true.

Now that we know the history of cannabis, we can dive into the specific parts.

Did you know that we have an entire endocannabinoid system that runs from our brain to our bowels, complete with CB1 and CB2 receptor sites? It is composed of endocannabinoids, which are endogenous lipid-based retrograde neurotransmitters that bind to these receptors.  The endocannabinoid system has now been scientifically linked to regulating physiological and cognitive processes like fertility (yes cannabis helps with making a baby!), pregnancy, breastfeeding, appetite, pain sensation, mood, and memory.

We even make our own natural, endogenous cannabinoids called anandamide and 2AG that acts as a 5-HT receptor agonist (same receptor that serotonin works with), meaning it behaves as an antidepressant, anxiolytic and is neuroprotective. The plasma concentrations of Anandamide have been found to rise during physical activity and since it crosses the blood-brain barrier, it has been suggested that this natural cannabinoid may have a role in the development of exercise-induced euphoria and even the euphoria felt after childbirth.

The two primary receptors in this system are CB1 and CB2 receptors. Cannabinoids are chemical compounds found in cannabis that interact with CB1 and CB2 receptors in the brain and body to create various physiologic effects. CB1 is found predominantly in the brain and nervous system and is mainly used by Anandamide and THC. CBD binds mainly to CB2 receptor sites, which are predominantly found in the immune system. This is how cannabis is thought to modulate immunity.

CBD, or cannabidiol, is the non-psychoactive part of marijuana and is one of at least 113 active cannabinoids found in the plant. Due to the widespread posting of videos on sites like YouTube, it has become sensationalized for its ability to stop seizures in epileptic children. It is safe for children and pets and has a wide therapeutic window, meaning it is safe in large doses. In fact, in a study performed by GW Pharmaceuticals showed that a 90lb child can safely handle 500mg of CBD in 24 hours. In patients with Huntington’s disease, 700mg of CBD was safely tolerated with adverse toxicities for 6 weeks. Wow, that’s a lot and goes to show you the impressive safety profile of CBD.

In 2015,  a systematic review showed that CBD acts on neurotransmitters involved in addiction and produces positive outcomes for those suffering from tobacco, opioid, and cannabis dependence. CBD actually helps to knock THC off the receptors and can even lessen the high or psychosomatic effect of too much THC in the system. A number of scientific studies have indicated that CBD is useful in treating inflammation caused by various conditions including acute lung injury, pancreatitis, neuropathic pain, cancer, diabetes, or ulcerative colitis.

A 2017 study using CBD oil to treat Dravet Syndrome, a rare form of epilepsy, showed that it was wildly successful with a dosing of 20mg/kg. In fact, GW Pharmaceuticals is seeking approval for their drug, Epidiolex for treatment for Dravet’s and other seizure disorders. Further research is needed but CBD seems extremely promising to treat seizures.

The newest studies are also showing positive benefit for:

Research has also shown CBD is safe to use, it has fewer side effects compared with prescription medications, can be used as a supplemental therapy, and mild side effects include drowsiness, and rarely, diarrhea. Most evidence supports CBD as being a key anti-tumor agent. The American Association of Cancer Research published a paper demonstrating that CBD inflicts programmed cell death in breast cancer cells, regardless of estrogen receptor positivity, while preserving normal breast cells.

CBD can be given to patients in the form of vapes, oils, tinctures, flower, salves, and in food.

Dosage: I recommend that patients start with 10mg and titrate up to 30mg twice a day as needed. For children, a good starting dose is to start with 0.5mg of CBD per pound of bodyweight, split up into three doses per day. CBD has an extremely large safety window, however, cannabis, in general, is biphasic, meaning that at very low or very high doses, it can produce side effects.

For example, a 70lb child should take 35-40mg of CBD per day, split into three doses. Best taken with food.

THC, or tetrahydrocannabinol, is the part of the cannabis plant that gets us high. It does this by crossing the blood-brain barrier and binding to CB1 receptors that produce euphoria. Mice treated with THC show suppression of long term potentiation in the hippocampus, which is responsible for the formation and storage of long-term memories. Other side effects could include:

THC’s benefits may include relief for:

However, studies are in the early stages and more research is needed. For us to understand how cannabis can be such a panacea, one must recognize the hundreds of terpenes, antioxidants, and cannabinoids that are present but not fully understood.

As a physician working in cannabis legalized states, I have seen a multitude of my patients wean off their prescription opioid medications with the help of a medical marijuana card. Nothing on earth is without a downside, so much more evidence is needed to see how THC and CBD affect our systems over the longterm.

There are many ways to consume THC just like CBD and these include smoking (which I don’t recommend as you still have combustion and carbon monoxide which harms the lungs), edibles, oils, tinctures, salves, balms, drinks, or pills.

I will say that a few studies have shown that THC can predispose someone who is genetically prone to having a psychotic break earlier. It has also been shown to hinder the brain development of children and use should only be permitted in adulthood.

So what’s the difference between THC and CBD? THC causes a psychoactive effect while CBD does not. CBD’s subtle effects are felt in pain, inflammation, and anxiety relief.

Dosage: THC is psychoactive and has many more side effects than CBD. It is never lethal but can cause significant paranoia or fear in some people. Start low-at 10mg doses. Rick Simpson oil, which is high in THC and CBD comes in a syringe and is quite sticky and potent. Start out with a grain on the tongue each night and work your way up to one gram if you are using it for cancer diagnosis and side effects.

What’s the difference between CBD and hemp?

Both CBD and hemp come from marijuana plant-just two different parts of the plant. Hemp oil is made from the seeds of the plant, which naturally only contain about 3.5% CBD. CBD oil is made mostly from the flower of the marijuana plant, which can contain up to 20% THC.  The federal government has put a restriction on how much THC is legally allowed in CBD/hemp and that magic number is 0.3%, therefore hemp is considered legal while CBD is not due to their naturally occurring levels.

Wherever the CBD comes from, it remains beneficial for its medicinal qualities, however, hemp is promising for its wide array of uses in food, as a dietary supplement, in concrete, building materials, fuel, plastics, paint, soaps, shampoos, and paper.

What other compounds in marijuana have medicinal properties?

Just for educational purposes, there are two varieties of cannabis plant-cannabis Sativa and cannabis Indica. Sativa is more of the energizing high but can predispose some people to fear and paranoia. Indica produces more of a “sink-into-the-couch” effect and is preferred at bedtime.

I want to stress here that no one chemical component is better than the other when it comes to marijuana. The plant displays an entourage, or synergistic effect when it comes to the hundreds of cannabinoids found inside. Using one cannabinoid only does not produce the same healing effects as when the whole plant is incorporated. 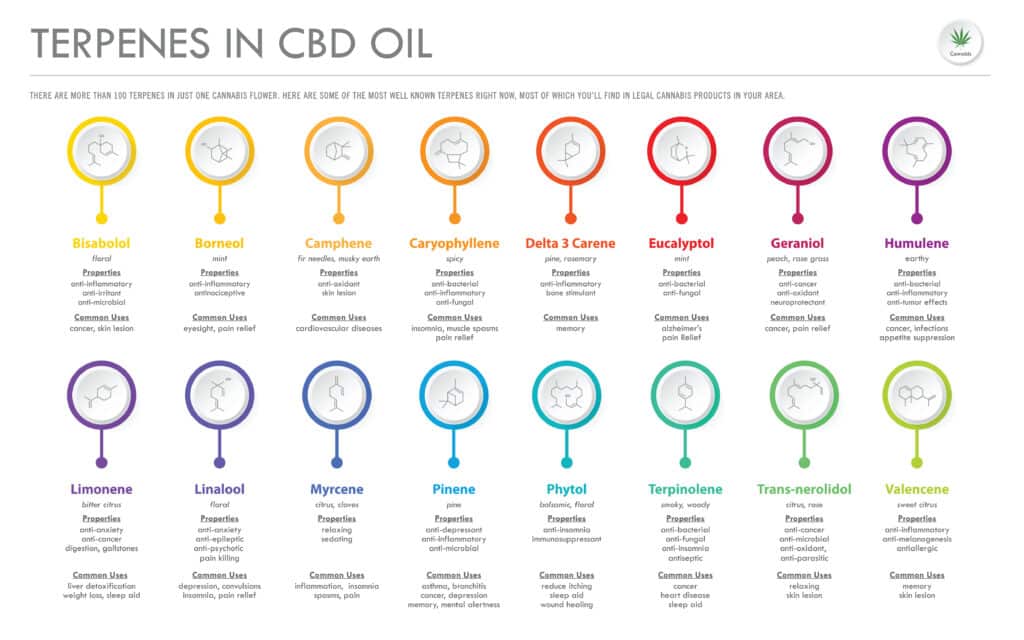 Obviously stricter laws for driving under the influence will need to be put into play if states continue to legalize the medicine. Your reflexes are numbed under the influence of THC, but not CBD alone. A 2012 research study found that persistent marijuana use was linked to a decline in IQ, even after the researchers controlled for educational differences. The most persistent users — those who reported using the drug in three or more waves of the study — experienced a drop in neuropsychological functioning equivalent to about six IQ points (PNAS, 2012). That’s equivalent to lead exposure! So although modulating immunity in adults is mostly beneficial, in children 20 or below, the endocannabinoid system seems to still be immature as well. Modulating a system that is still developing is generally not ideal for the body. 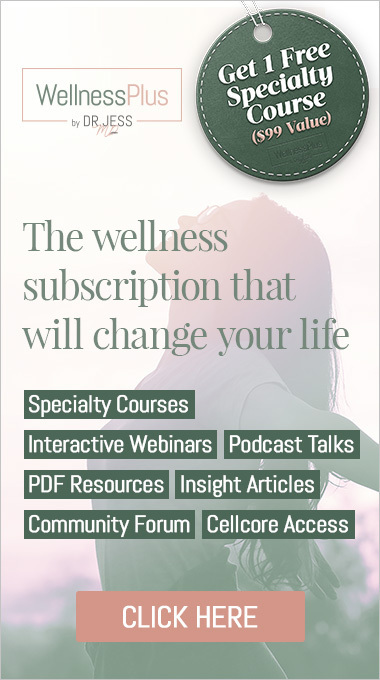 Download our free whitepaper to learn more about how to protect your family.

Download our free whitepaper to learn more about how to protect your family.