Categories: Detox, Digestion, Lifestyle, Recipes, Uncategorized
Tags: celery, celery juice, gut health, medical medium
Celery juice is trending since the publication of Medical Medium’s books. Williams promotes it as a superfood that can detox the body and heal the gut if juiced first thing in the morning and consumed on an empty stomach. What does the science actually say?

I have nothing against celery, but it wouldn’t be something I would normally drink. However, when a number of my patients kept praising celery juice, it piqued my interest. Perhaps you have heard all the hype about how it can heal the gut lining, help digestion, increase hydrochloric acid and enzyme production, decrease joint pain, detox the bloodstream and liver, and is anti-pathogenic. I was skeptical, so rather than accept the fad, I dove into the SCIENCE of celery. Did celery have actual healing properties or was the placebo effect in full force?

Celery and The Science

Celery is a plant from the Apiaceae family and has been studied by several scientists. It contains some compounds like ferulic acid, p-coumaric acid, caffeic acid, apigenin, tannins, saponins, luteolin, and kaempferol –  all of which have powerful antioxidant properties. This is crucial to removing excess free radicals and supporting mitochondrial health.

Some studies on rats confirm that celery can increase sperm count in male rats and fertility in female rats. One study conducted in India in 2014 used 32 male Wistar rats separated into four groups of eight.

The control group received no medication. One group received normal saline only, and the last two groups received celery extract orally in dosages of 100 and 200 mg/kg/BW once every two days for 60 days.

What did the researchers find? There was a significant increase in sperm count. The study concluded that celery can increase spermatogenesis in male rats, but has no destructive effects on testicular tissue. Other studies in rats have found increased fertility in female rats.

In a 1998 study, rats received the essential oil extracts from the Apiaceae (celery) family and displayed a decreased pain reaction when withdrawing their paw from a hot plate. So if we assume a similar reaction from humans, there may be some anti-inflammatory benefits.

In a 2010 study published in the journal, Molecules, celery was found to infer a protective benefit on rats treated with the chemotherapeutic agent, doxorubicin. What researchers found was that rats had decreased antioxidant levels, specifically glutathione, after receiving chemo. This is what we would expect in human subjects as well. But after receiving doxorubicin and the leaves and root of celery, rats had higher antioxidants like glutathione and it was inferred that celery likely has antioxidative effects.

Celery has been studied for its possible lipid and blood sugar balancing effects. None of the studies have been on humans. Still, a study on rats in 2012 concluded that n-butanol extracts from celery seed has significant potential for the treatment of diabetic rats and also improving antioxidant enzymes in diabetic rats.

You can find celery seed extract in pills and sell it through nutraceutical stores for hypertension, or high blood pressure. Celery contains many beneficial compounds, and the one responsible for lowering blood pressure is L-3-n-butylphtalide or 3nb. It produces a dilating, calming effect on arteries that lower blood pressure. This appears to occur, at least in part, by blocking or antagonizing the flow of calcium into muscle cells lining blood vessels—similar to the action performed by calcium channel blocking drugs.

Healing the gut lining and the microbiome? 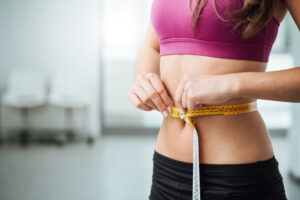 Is there merit to Medical Medium claims? As a doctor who treats IBS, Crohn’s, Candida, acid reflux, and other hosts of gut issues, celery juice has become popular amongst my patients. What I have seen anecdotally has been great improvement with most patients who have been consistent with juicing 16 ounces each morning on an empty stomach for at least one month. Remember many of these scientific studies are performed in animal models but not in humans yet. But keep in mind, no recipe is right for everyone, just like no pill is right for everyone.

In a 2010 study published in Pharmaceutical Biology, the antioxidants in celery improved the stomach lining and decreased ulcers in rats who were pretreated with it. The University of Maryland Medical Center suggests eating celery could reduce the risk of gastritis, as it appears the vegetable’s flavonoids may help halt the growth of negative bacterial colonies in the gut.

Other interesting facts about celery

The most prevalent essential oil seems to be limonene, which interestingly enough, can be found elsewhere, such as marijuana or lemons.

As far as other nutrients go, celery has 30% of the RDA of vitamin K and modest amounts of magnesium and potassium which is also how it helps to normalize blood pressure. It is also about 95% of water and is extremely alkaline. For this reason, it is often included in acid reflux protocols. ‘Celery also provides folate,  fiber, and molybdenum.

It is higher in sodium than other veggies, but is still NOT a high sodium food and will not cause a problem.

Why does celery bloat me?

Celery has high fiber content and can sometimes be difficult for some people to digest. If you have trouble with raw vegetables, this may be no different. Celery is a natural diuretic, so it should help move things out for you. If you get bloated with raw celery, try cooking it.

Technically, juicing celery should remove a large portion of the fiber, so that digestion is not activated much and the body can easily recognize and break down the one vegetable. This is the purpose of juicing it alone.

Who should be Cautious when drinking celery juice?

High amounts of celery have the potential to cause a goiter as it can interfere with iodine uptake in the thyroid gland. For individuals with an uncontrolled thyroid issue, please check with your own doctor.  It does not mean you should not drink it, but at least be aware.

Tips for getting the most antioxidant ability from your celery

Give celery juice one month before you give up! Although I believe many vegetables can infer similar benefits, I do agree in the power of celery after what I have witnessed.

One of my patients continued the practice of drinking organic celery juice on an empty stomach each morning for 3 months and felt the energy, got rid of her bloating and indigestion, and healed her acid reflux. Although not the magic bullet, in combination with a tailored gut health plan that includes enzymes, probiotics, and other healing supplements, celery can be a powerful adjunct.

What’s Up Doc? A year in review
Mold and the Brain: How Neurologic Conditions Might be Linked to Toxicity and Sick Buildings
How To Stop Herxheimer, or Healing Detox Reactions