Your Brain on Glyphosate + Recovery Techniques

Categories: Detox, Herbs, Hormones, Lifestyle, Mental Health, Uncategorized, Vaccines
Tags: brain, detox, mental health
Brain disease. Alzheimer’s. Parkinson’s. ALS. Autism. These disorders rob us and our loved ones of their precious minds and understandably strike fear into the hearts of most of the population. The sad part is that conventional medicine only offers a pill without offering many lifestyle changes.

However, there is hope. A preventative and mindful lifestyle works to prevent the loss of neurons, the accumulation of toxic brain proteins, and to reverse memory loss. It turns out that most of the emerging studies do validate the efficacy of a clean lifestyle in preventing brain disease.

The far-reaching effects of brain disease

30 million people worldwide suffer from Alzheimer’s and other forms of dementia. In the United States, 5.3 million people suffer from this specific dementia. That’s one in 8 Americans over the age fo 65. This number doesn’t even include other neurocognitive disorders like Parkinson’s, Amyotrophic Lateral Sclerosis (ALS), autism, Lewy Body Dementia, Vascular Dementia (think strokes), Multiple System Atrophy, or Multiple Sclerosis.

The burden of these diseases cost the US economy billions of dollars each year in direct healthcare costs as well as lost opportunities. For instance, an estimated $100 billion dollars per year is spent on Alzheimer’s disease alone! But the emotional and financial price placed on families of brain disorder victims is not reflected in that astronomical number.

Autism and Parkinsons may not seem similar, but they are both a malfunctioning of the central nervous system that leads to cognitive difficulties. Although we are focusing on the elderly population in this particular article, some of these remedies may be appropriate for younger patients suffering from brain disorders.

It may seem as if these diagnoses are increasing. They are. However, there are several reasons. First, the baby boomer generation is aging and there is a clear link to increasing age and the potential for a brain disease diagnosis. Modern medicine has adopted screening tests that capture more diagnoses than ever before. We even know a few genetic mutations that predispose us to develop brain diseases. However, the environmental risk factors are increasing and cannot be ignored if we wish to truly help curb this frightening disorder that robs us of our essence. I want to stress that the pathogenesis of neurodegenerative conditions is still largely a mystery.

What is brain disease?

Neurodegenerative diseases result from the gradual and progressive loss of neural cells or the myelin sheath, the covering over the nerve cells This leads to nervous system dysfunction.
The environment is often implicated in causing cancer. Cancer is the proliferation of unchecked growth among cells, whereas neurodegeneration is the loss of cells. They feel like they are on opposite ends of the spectrum. However, current research is focused on environmental triggers and toxins and their potential for damaging the nervous system.

My grandfather was diagnosed with Lewy Body dementia. This was in the early 2000s so a diagnosis wasn’t immediate, but we all knew something was terribly wrong. Papaw Charlie just wasn’t himself anymore. I was in high school when he began to claim a small dark haired girl was running wild through his house and interrupting his morning coffee. His wild delusions even fooled us at first. Things progressed quickly, however, and one night my mom even had to rush out to his house after he’d packed his bags and told everyone that aliens were coming to abduct him that night….and he was ready. By the time, he didn’t really smile anymore and had a shuffling gait. We had our diagnosis.

Lewy Body dementia is characterized by abnormal dopamine loss, accumulation of Lewy Body proteins, and inclusions in the brain. It is the second most common form of dementia behind Alzheimer’s. The symptoms are a mix of Parkinson’s and Alzheimer’s symptoms. Patients have emotionless faces, shuffling gaits, are at higher risk for falls, have visual hallucinations, delusions, and sometimes violent behavior due to cognitive decline. It was not easy to watch him slip away, while the shell of his body remained. The saddest part about it all is that evidence indicates that it could be preventable, despite genetic mutations. 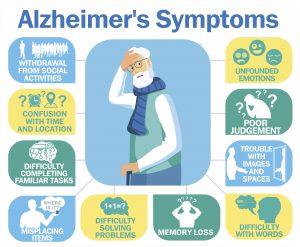 I stress this repeatedly. There is a gut-brain connection. It is complex, and science is just beginning to understand the implications of it.

The brain and the gut communicate bidirectionally, although the gut sends many more messages to the brain than the brain does to the gut. Iin embryology, they originate from the same group of cells and then separate to form the brain and gut. No matter how far apart within our bodies, we are learning they are forever connected. So if your gut is a mess, then this likely means your brain is at risk too. Sugar and the standard American diet are likely culprits in the cause of many patients’ brain fog.

What environmental triggers should you avoid?

The causes of brain deterioration are multifactorial Thus, the answers are not straightforward. Here are some of my best tips for keeping your brain as healthy and as sharp as possible.

“Two forms of fat that are vitally important for brain health are cholesterol and saturated fat.” – Dr. David Perlmuter, author of Grain Brain 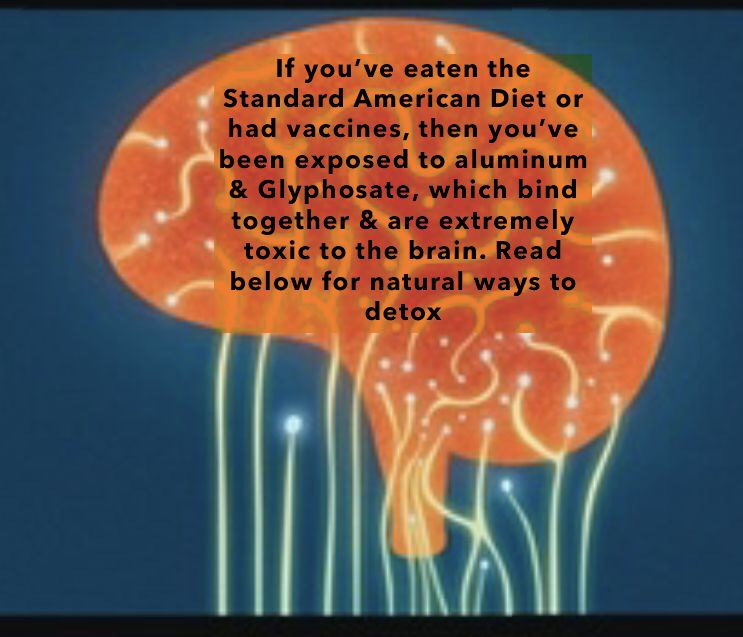 I want you to know that you can prevent many of the neurodegenerative conditions. Most chronic illnesses are preventable, sadly. The power lies with you and your daily choices. Make self-loving choices that your future self will thank you for later!