Categories: Vaccines
Tags: autoimmunity, covid, cytokine, dementia, inflammation, mold, vaccine
The Common Lab Elevation In Covid 19 Infections, Vaccine Recipients & in Vaccine Transmission - When I tried to post this story onto Instagram and got flagged with the large print “VISIT THE CDC FOR FACTUAL COVID-19 INFO,” I was done. My team noted I was flagged and I immediately deleted it and decided to blog on it instead. At least on my website and in my email lists, I can speak freely. So thank you for coming to read this very important blog post.

Most of you likely know the story about my parents and what happened to my mom concerning vaccine transmission. If you haven’t heard, buckle up. It’s a wild ride that I never would’ve believed if it had not happened to my family.

In September, I was at a speaking event in Milwaukee when my father called and told me that my mother had fallen ill overnight and he felt that they were dealing with dementia. For the last few hours that morning, my mother had been unable to read, comprehend, write, and refused to speak to any of us. All she did was cry and pace the floors. My dad took her to the local emergency department, which was worthless. They waited for five hours for a CAT scan of the head, which was negative while being exposed to Covid.

I went home as soon as I could to see what was going on for me. I also brought some of my magic healing hacks like the Ampcoil, which uses sound technology, a modified Tesla coil, resonance, and pulsed electromagnetic frequency to heal, as well as neurologically-based herbs.
It was heartbreaking to watch. I told her three times, ‘Mom this does not look like dementia to me,’ but she still could not comprehend what I was saying to her. I really did not know where to turn next so after a few days, I contacted HH Collective Wellness, a group of talented energy workers with their own unique gifts. They’ve helped me personally many times.

Fortunately, they confirmed what I thought, it was not dementia. BUT, they found something interesting that I had not seen coming. My mom had spike proteins and graphene oxide in her brain as well as a few other organs and glands. Not one, but two separate energy workers and intuitive, separate from each other, gave me the same results. I didn’t want to believe it, but one was very adamant that my father was the culprit. 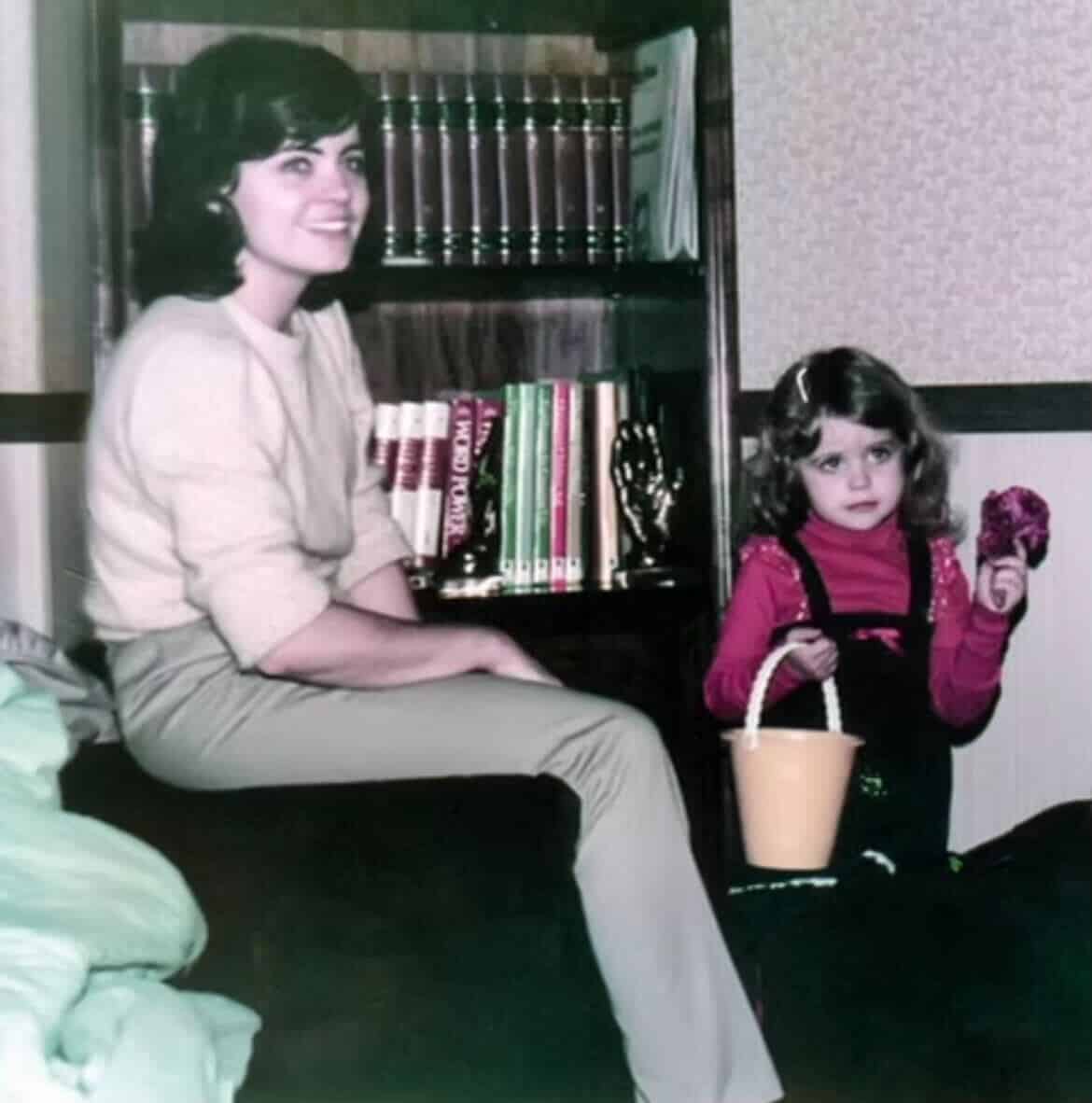 I Finally Broke Down and Asked Him

He did not text me back for hours. Finally, he admitted it in a long paragraph.

“Hi, Jess. Yes because of my risk factors I got the first dose of Pfizer about a week ago. How did the energy workers know that? That is freaky.”

No doubt my heart sank after I’d given him so much advice about why NOT to get the vaccine, but then I remembered that is what earth is all about-free will, mistakes, lessons, and soul Bootcamp. So I relaxed, but the work was far from over.

Three weeks later, mom recovered on her own with the use of some of the bio-hacks I’d given her, but not before we had taken her to the Amen Clinic for SPECT scans, labs, tests, and treatments. Her SPECT scan returned normal and I had my mother back. Mom also was instructed to do a plethora of lab work including some inflammation and immune markers. One of them came back alarmingly high, whilst all the rest of her labs were beautiful. The one lab was Transforming Growth Factor beta or TGF-b for short.

Putting the Pieces of the Puzzle together

I began to reach out to my doctor colleagues. Some pointed to a few studies that showed Covid infection could cause high TGF-b as well as other high cytokines and inflammatory markers like CRP. It seems some Covid treatments have even been aimed at lowering the cytokine storm and drug treatments will be geared towards an elevated TGF-b.

As luck would have it, I am a member of ISEAI, the International Society of Environmentally Acquired Illnesses and they have an active community forum. It just so happened that one of the members posted about how they were not only seeing drastically elevated levels in those patients with Covid but were seeing levels upwards of 70,000 in those who had been vaccinated. This is a good population to poll on this topic, as they are environmental doctors checking TGF-b on nearly every patient due to sick building syndrome. After the comment, multiple other doctors chimed in, saying they had verified that common labs had not changed their reference point and they were seeing elevations in the population too. Could this be from the vaccinated? Moreover, could my mom’s elevated TGF-b be high due to vaccine transmission from my father?

This makes scientific sense. If an infection causes a side effect, the vaccine likely will too. Common culprit? The spike protein, which is pro-inflammatory, does not stay at the site of injection and harbors in the brain and reproductive organs like the ovaries. 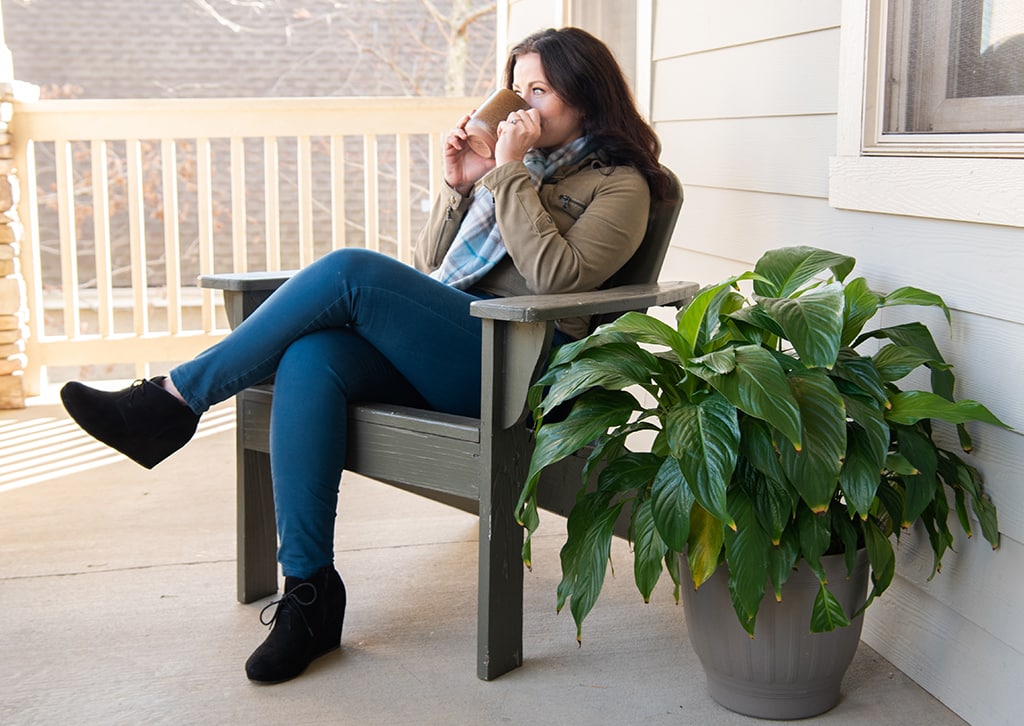 TGF B is involved in the maintenance of tissue homeostasis. It helps regulate effects in the innate immune system. TGF-b is an immune suppressor (although it can upregulate the immune system depending on other factors in the body) and is often chronically over-expressed in disease states, including cancer, fibrosis, and inflammation. It is moderately to extremely high in Chronic Inflammatory Response Syndrome due to water-damaged buildings (CIRS), seen in mold illness. In fact, this is a serum lab we often check, and I am familiar with it due to my background as a mold practitioner.
Prolonged elevations of TGF-beta levels can create conditions where tissue remodeling and autoimmune activation become more likely. Although TGFF-beta 1 can be high in the various disease processes, the idea should be to find and deal with the root cause of over-active TGF-b. However, this task can be rather tricky as many things can elevate this cytokine or chemical messenger.

The TGFB superfamily of cytokines consists of TGFβs, activins, inhibins, Nodal, bone morphogenetic proteins (BMPs), anti-Müllerian hormone (AMH), as well as growth and differentiation factors (GDFs), is found in all multicellular organisms. The TGFβs are involved in a multitude of cellular processes, including growth inhibition, cell migration, invasion, epithelial-mesenchymal transition (EMT), extracellular matrix (ECM) remodeling, and immune suppression. However, although normally dynamically regulated and involved in the maintenance of tissue homeostasis, TGFβs are often chronically over-expressed in disease states, including cancer, fibrosis, and inflammation, and this excessive production of TGFβ drives disease progression by modulating cell growth or migration. The TGFβ signaling pathway has therefore become a target for drug research and development.

If one has chronically high levels of TGF-b, like my mom, they are at risk for:

The Covid Connection and Solutions

In recent studies over the last two years, in COVID-19 patients, plasma levels of TGF-β are significantly elevated and associated with the disease severity and poor clinical outcomes. There are other immune system dysfunctions that go awry with this, including complement activation and cytokine storm, but all are connected and one signals the others.

I have not seen many of the high TGF-b symptoms in my mom, since she recovered quickly. However, her TGF-beta was elevated AFTER she mentally recovered, as the Amen clinic caught it. It seems this lab value may be persisting as high longer than other labs, as other doctors are finding it as well.

What does all this mean?

We don’t know a lot yet, except that Covid 19 infections, the vaccines it comes with, and possibly the shedding that the leaky vaccines cause all have the potential to set off the inflammation cascade or alarm system in the body. Mold and CIRS can cause similar pictures. What we are witnessing is the body out of homeostasis and stuck in a prothrombotic and pro-inflammatory state. The underlying factor is massive oxidative damage or what I call, mitochondrial damage which is exacerbated by the cytokine storm.

I hope this anti-inflammatory and antifibrotic protocol helps someone who is suffering from Long Haulers as I feel a high TGF beta may be a key in finding out how to treat this.

As for my dad, and the rest of this story, well frankly It scared the hell out of him. He never received the second Pfizer dose. It ended up causing him a rampant bout of anxiety, mind chatter, spiraling thoughts, and severe insomnia, which is just now resolving.

Please get full informed consent and be your own best doctor in your research as it does seem this infection, the vaccine, and transmission of the vaccine can cause temporary or more permanent inflammation for some sensitive individuals.